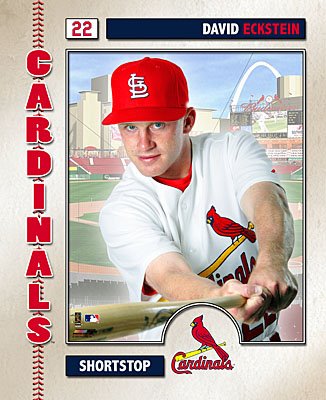 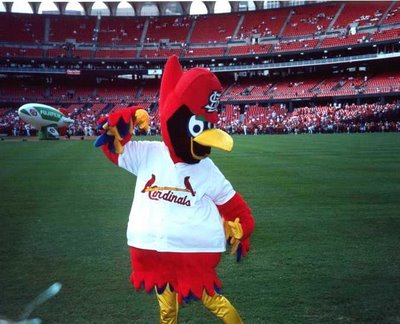 Take that Kenny Rogers. The Karma Fairy came through. You won game two, but she put the pine tar curse on the rest of your pitching staff and they couldn't field a ball to save their hide or win the World Series. And some 5'7" shortstop and his ragtag teammates with the 13th best record in baseball, come together to win 4 games to 1. It wasn't the most beautiful series, but the Cardinals did what it took to win--and sometimes that means simply making fewer mistakes than your opponent. Many times, the winning team makes their own luck.

The last time the Cardinals won the World Series (1982), I was in 8th grade and I was in love with 2nd baseman Tommy Herr. I suffered through 1985 (KC) and 2004 (Red Sox). And my lovely husband is a crazed Minnesota Twins fan who takes great pleasure in reminding me frequently that his beloved Twins beat the Cardinals in 1987. This will quiet him down for a while, at least until pitchers and catchers report next spring.

I'm not a huge baseball fan and both Kevin and I strongly opposed public funding of the new Busch Stadium. But I have met Lou Brock and had the honor of working with Stan and Lil Musial while living here. I've met several people on the Cardinal managment team while working with them and their acquisition of Dartfish. Congratulations to them all--and the rest of the Cardinal Nation. It was fun to watch.