Showing posts from June, 2018
Show all

More Women in Coaching: Some Thoughts on How to Get There 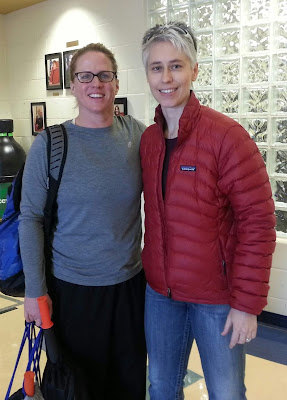 Some recent events have prompted me to think seriously about things we can do to positively impact the number of women in coaching -- sport coaching and performance coaching. First and foremost was my own departure from US Ski & Snowboard, where I was one of two women on the athletic development staff, one of only four total female coaches in the entire organization and one of a very few women to work in high performance in the US at the NGB level.

What was I thinking by leaving? I was thinking lots of things.

I knew there was a high probability my position would be filled by a male coach (it has been-- and I'm super supportive of this young man's ability to have a tremendously positive impact with all of the snowboard athletes), but in the long run, I felt I would be more free to speak, act and positively influence the entire profession working independently.

Don't get me wrong. I had and still have some angst about leaving and not being there for the female athletes…
Post a Comment
Read more
More posts